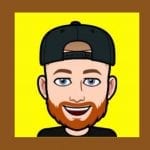 Welcome to our ante post guide for the 2021 Cheltenham Festival!

This year we have teamed up with professional tipster Ginger Joe to bring you the very best of his Cheltenham Ante Post Tips for this year’s mouthwatering showcase!

We may be short on crowds this year, but we’re certainly not short on class, with some absolutely fascinating battles to commence in both the graded and novice divisions. Ginger Joe has has a tremendous ante post record, nailing four winners from four at two of the past three festivals. This year we’ve provided you with Ginger Joe’s Top 5 Win Bets (for a lucky 31) and 2 Each Way Bets also for you to get stuck into.

Our favourite bookies for Cheltenham 2021:

Ginger Joe’s NAP OF THE FESTIVAL comes in the form of the very aptly named CHAMP. At this stage he really is living up to his name and has gone from strength to strength with nearly each run he’s had. The 9 year old’s only real question mark has come in the jumping department. Although, never finishing out of the first two on completed starts and only hitting the deck once, Champ has offered the odd nervy jump to all of his backers.

He had wind surgery and a 347 day break from the racetrack following his triumphant win in the RSA at the 2020 festival. Additionally, he’s spent a lot of time schooling with Henrietta Knight during this period to brush up on his jumping – and Henrietta certainly knows how to win a Gold Cup or three! NickyHenderson had planned to get CHAMP back to a racecourse to contest in the Betfair Denman Chase before the cold snap took the whole card away, really throwing a spanner in the works for connections.

Desperate to get a run into him before the Festival, connections had to change there plans all together and rerouted CHAMP controversially to the Game Spirit over two miles where he out run his expectations , only to go down to SCEAU ROYAL by 2 lengths in the end in a field full of seasoned grade two milers. I think his speed has gone unnoticed and his ability to do this over both trips is really special. His jumping from start to finish was excellent.

This was much better than what we had seen from him previously and they went a real good gallop from the start. The Gold Cup will be run slower than the two mile event he contested in and this will only play to his strengths. Al Boum Photo will be trying to emulate the likes of Best Mate and Arkle when he lines up for the event this time around, but has a lot more to dot his year with our selection firing and ready to go. I think this one is written in the stars though and it will be CHAMP by name champ by nature for the 2021 spectacle!

Owner : The Englands and Heywoods

Arguably the rematch of the season comes in the mouthwatering Stayers Hurdle clash this year and so far the season battle between our selection THYME HILL and PAISLEY PARK is 1-1. PAISLEY PARK is in search of regaining his crown after his colours were lowered last year by the reposing LISNAGAROSCAR, but Ginger Joe is fully expecting THYME HILL to be crowned king of the stayers hurdle division come the day this year and here is why:

Last year’s Albert Bartlett 4th was potentially the unluckiest loser of the 2020 Festival, getting trapped in, hustled and bustled before having to drop back from the leading quartet to find room before again, finding a turn of foot for the second time to get back within a length of the eventual winner – this year’s Brown Advisory Chase odds on favourite, MONKFISH.

THYME HILL has since stepped up his efforts when managing to conquer PAISLEY PARK at Newbury by a length and a half on there reappearance runs, before going down by a neck when the pair reopposed at Ascot on Heavy ground. THYME HILL has only just turned 7, and is an extremely good traveller and jumper, which is a huge positive at Cheltenham! He will be able to capitalise on Paisley Park’s inevitable flat spots this year and is nothing short of what he deserves for his rapid rise up through the ranks. His untapped potential makes him my second strongest selection to this years Cheltenham Ante Post Tip selections. expect to see him in the winners enclosure!

MIN has been an extraordinary horse for the Mullins and Ricci partnership over the years and it feels like it was just yesterday that MIN was chasing ALTIOR up the Cheltenham hill in the supreme – and subsequently went on to finish in the same position behind ALTIOR in the Champion Chase two years later.

MIN would’ve already had two Cheltenham festival wins to his name if ALTIOR hadn’t gotten in the way, but our selection did eventually get the Cheltenham Festival victory he absolutely deserved with a decisive victory in the 2020 Ryanair Chase. He lines up again this year as a 10 year old in a bid to double his tally and Ginger Joe sees nothing stopping him again.

He’s had another brilliant season winning his third John Durkan, each time under a different jockey, which shows how much class he has as an individual. MIN rarely runs a bad race but was recently pulled up when he lined up against stablemate and champion chase favourite CHACUN POUR SOI when they met at Leopardstown in the Dublin Chase. This is nothing to be alarmed about though, our selection made one poor jumping error early on and was pulled up before the next fence out of what seemed to be just caution with the Cheltenham Festival in mind.

A clear and healthy report came back from Willie Mullins after the race regarding MIN, so there is nothing to worry about – he is in great form on the build up to Cheltenham. We know how big his engine is and feel this one is written in the stars. He will take all the beating here.

BOB OLINGER is a rapidly progressive five  year old and Ginger Joe has had his eye on him since he chased home 2020 Cheltenham Festival bumper winner FERNY HOLLOW to get within a length of him at Gowran Parkin November. FERNY HOLLOW was given a mark of 147 for that win.

Since then our selection BOB OLINGER (now rated 152) has gone from strength to strength to win two on the bounce by a combined 20 lengths without breaking a sweat. Most notably, he easily brushed aside the well regarded BLUELORD out of the Willie Mullins yard. This success was also his first Grade 1 win fulfilling the potential that the stable have been screaming about. Not only has he been visually impressive but the times have been very good as well. There is so much untapped potential with our selection and he offers plenty of value. Potential star in the making!

The first ever Mares Chase is to take place on the Friday of the Cheltenham Festival and what a race this is turning out to be. The chase will take place over two and a half miles and my fifth Cheltenham Festival Ante Post Tip comes in the form of the standout grey ELIMAY. She has done nothing but improve since she has gone chasing and will take the world of beating judged on this seasons level of form.

It looks above and beyond what anything else has to offer, including 2020 Arkle winner PUT THE KETTLE ON, who may give her most to think about. COLREEVY comes from the same stable as our selection, however there are major doubts about her handling the Cheltenham track. She probably prefers going the other way round and wouldn’t be Joe’s idea of the winner here. ELIMAY pushed Ryanair Favourite ALLAHO all the way to the line when they met in January, and a repeat of that form would see her winning this. She seems a straight forward ride and consistency isn’t a problem for her it seems, as she has progressed to beat Shattered Love next time out in the Opera Hat without being asked any questions.

She may only be 2/1 but she would make up the fifth selection in my Lucky 31.

The first of my Each Way Cheltenham Ante Post Tips comes in the form of the very strong travelling THEDEVILSCOACHMAN, who holds an entry in the opener, and comes to Cheltenham off the back of winning 4 of his 5 starts, including 3 over hurdles.

He has been beaten only the once and this was by the subsequent favourite for this race APPRECIATE IT (6/4), however he was badly hampered, leaving him off the pace and giving him next to no chance that day. He has since then followed up with two more very slick wins, giving weight all around on both occasions, and off the back of running two different styles of race.

The first of which was a fast run race and the most recent win came from a very slowly run race, showing an excellent turn of foot on both occasions, a versatility thats rare to find in such young hurdlers. Travelling well around Cheltenham is extremely important and this massively will suit our selection.

BALLYADAM has been put in his place by APPRECIATE IT more than once this season and I see no reason why this would change come the day. APPRECIATE IT is likely to run from the front and will try to kick on from the home turn, and although he looks a dower stayer, he is in my opinion likely to be caught out by something with more pace, and this is where the 20/1 on offer for our selection looks much too big for a horse with such an interesting and progressive profile. Likely to come to the home turn cruising,has to have a big chance!

POLITOLOGUE comes here trying to retain his Champion Chase crown and will no doubt give his running! He is a very sound jumper, and although the field was smaller last year due to the likes of this year’s favourite CHACUN POUR SOI pulling out, POLITOLOGUE could only beat what was put in front of him, and he did this well. Expect another bold bid this year.

CHACUN POUR SOI comes here with a reputation thats hard to knock, but he is a fragile horse who isn’t guaranteed to be suited by Cheltenham which is a big worry to me .The current price of 10/1 for POLITOLOGUE is remarkable value at this stage, and will be no push over for any of these. He will definitely out run his odds in a bid to be crowned champion for a second year in a row!

If you’re looking for 2021 Easter Festival betting tips from Fairyhouse, then ...

There’s Uttoxeter betting tips and selections from the Cheltenham consolation card at ...

It’s Super Saturday – if any of Naas, Newbury and Warwick survive ...

It’s Paddy Power Gold Cup day at Cheltenham on Saturday, while some ...

Five Grade 1 Winners on the Comeback Trail This Jumps Season

Unibet Bonus
100% up to £40
T&Cs apply
9.0/10
New customers only. Age 18+. Located in the United Kingdom. First losing bet returned as a bonus bet at the same value. Begambleaware. T&Cs apply