Jamie Clark was Sports Editor of Coral bookmakers between 2014 and 2017 during their merger with Labrokes and a key period for the British betting industry. Working as a bookie’s runner on the point to point circuit in the Midlands and at Market Rasen Racecourse where his late godfather had a trackside pitch growing up, he has had ties to horse racing all of his life. A regular visitor to Cheltenham during the National Hunt season and York over the summer, he has been involved in Horsebetting.com since its inception. Jamie now brings you his take on major news stories from the racing world and those all-important betting tips.

All of the St Leger trials have now been run as British horse racing looks forward to the Festival at Doncaster which uses its name.

The oldest Classic isn’t the only reason either. A trial of letting racegoers back on track at Town Moor means spectators can see the action live.

Things always become clearer over the summer as the St Leger betting with bookmakers takes shape. From Royal Ascot in June until late August, horses advertised their Classic claims.

While the St Leger this year isn’t exactly helped by the rescheduled Grand Prix de Paris happening 24 hours later in France, it remains a historic prize.

Which horses impressed our experts in the St Leger trials? There were seven different winners of these, so what chance do they have?

Aidan O’Brien has a typically strong hand among the St Leger contenders this year. Santiago heads those and the betting after wins in the Group 2 Queen’s Vase and then down in trip for the Irish Derby.

The Authorized colt handles soft ground and beat a useful form marker in Berkshire Rocco at Royal Ascot. He also had the class to hold on and win the premier Irish Classic at The Curragh. 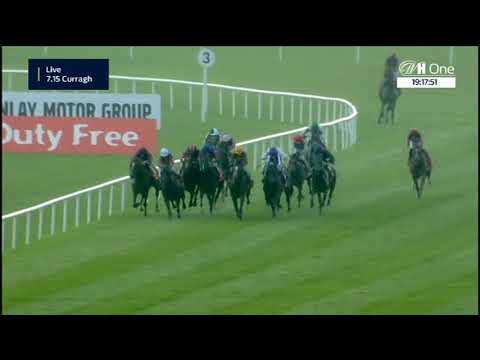 Santiago is the 5/2 favourite with Betway after landing those two St Leger trials. The likes of Kew Gardens and Capri won the Queen’s Vase or Irish Derby en route to Doncaster glory.

Against fellow three-year-olds, there are no stamina doubts. However, Santiago did fade into third in the Goodwood Cup when taking on his elders and two miles for the first time.

That may have been taking on too much too soon, though. Santiago remains a solid market leader with bookmakers for the St Leger, but you had to get your bets on ante post really.

Santiago isn’t the only horse to win two St Leger trials either. Pyledriver is something of a plucky underdog that also tasted victory at Royal Ascot.

Trained by William Muir, the bookies didn’t have much regard for him in the King Edward VII Stakes there. It was then a similar story in the Great Voltigeur during York’s Ebor Festival.

For Pyledriver to win two Group 2s – the second under a penalty – was impressive. His curret St Leger odds of 7/2 with 888Sport mean bookmakers haven’t missed him.

The question mark here is stamina. Pyledriver’s pedigree tells you he is by Harbour Watch, but he has stayed a mile-and-a-half well enough.

Only three St Leger trials have longer distances than that. Pyledriver winning this Classic would be a lovely story for one of Lambourn’s smaller stables.

Owen Burrows is an up-and-coming trainer, so what he needs is a big race win. Hukum has already done plenty to put the yard on the map after making rapid progress.

Yet another Royal Ascot winner to land one of the St Leger trials, this son of Sea The Stars is another leading British contender.

The Group 3 Geoffrey Freer Stakes at Newbury is open to older horses, but punters should always note when a three-year-old wins it.

That is precisely what Hukum did when building on his King George V Handicap victory. The way he kept on strongly at Newbury over 1m 5f with cut in the ground caught the eye.

Hukum is now a 5/1 shot with BetVictor for St Leger success. He has won his last three and owner Hamdan Al Maktoum must now decide whether to send both of his hopes to Doncaster.

O’Brien pulled off a 33/1 shock in the belated Epsom Derby when presumed pacemaker Serpentine made all. It was a terrific and enterprising ride from Emmet McNamara, but we haven’t seen this horse since.

Is he heading to Longchamp for the Grand Prix de Paris? If not, then it may be the St Leger for him. Wherever Serpentine ends up next, others will be wary if he bounces out and races prominently. Was his Epsom romp a fluke? He has to back it up and best St Leger odds of 14/1 with Betfair reflect that. Serpentine is by the mighty Galileo, so stamina is no problem.

As winners of St Leger trials go, he divides bookmaker opinion. Double figure prices are out there, but Serpentine is also as short as 6/1.

It may be best to wait until plans are known before betting on this horse. Serpentine won’t be given too much rope again by his rivals.

Like his Ballydoyle stable companion, a trip to Longchamp looks more likely for Glorious Goodwood winner Mogul than Doncaster.

That was before defeat in the Great Voltigeur, however. Connections may now have a rethink about the St Leger for this highly-regarded colt.

Mogul was an expensive purchase. He is a brother to 2019 Grand Prix de Paris winner, though, and that may have been why Coolmore leaned towards Longchamp.

The truth is that Mogul hasn’t lived up to his price-tag or sibling. Although victory in the Group 3 Gordon Stakes shows he still retains ability, he has only won one of four starts this year.

It leaves the son of Galileo needing to improve. Mogul is also by Galileo, so could stay further. His St Leger odds vary from a top-price 16/1 with Unibet down to 7/1 and rerouting him can’t be ruled out.

William Haggas is having a mixed season, but Al Aasy provided him with a summer highlight at the Newmarket July Festival. That colt’s victory in the Group 3 Bahrain Trophy over 1m 5f earned him St Leger quotes.

The decision to run Al Aasy under a penalty in the Gordon Stakes backfired. He trailed in last and hasn’t been on the track since.

Haggas skipped both the Great Voltigeur and March Stakes with Al Aasy. He had an entry in the latter at the five-day stage and his absence is a concern.

Al Aasy won at Newmarket on good to soft. Owner Sheikh Hamdan has a more prominent contender in the aforementioned Hukum too.

Retained jockey Jim Crowley can only ride one of these winner of St Leger trials in the Classic, though. While Betfred go 16/1 about Al Aasy, he is half that price elsewhere.

Mark Johnston used the Group 3 March Stakes at Goodwood as a route to the St Leger with last year’s runner-up Sir Ron Priestley.

Subjectivist following in the hoofprints of his stable companion shouldn’t escape the notice of punters.

Encountering heavy ground at Goodwood, he made the race a true test of stamina. Subjectivist had his three rivals strung out like washing.

That prompted bookies to slash his St Leger odds with only William Hill holding out at 16/1. Subjectivist dictated the March Stakes and won’t get the chance to do that in Classic company.

The fact he struggled previously in the Great Voltigeur is a concern. Before that, Subjectivist faded into third in the Gordon Stakes, so has work to do with winner of other St Leger trials if heading to Doncaster.

Winners and Losers from the 2023 Longchamp Arc Trials

Longchamp Arc Trials day can give punters clues about Europe’s most valuable ...

The St Leger at Doncaster provided a fairytale, but for substitute jockey ...

There were more twists and turns in the road to the St ...

If there is one thing that sport desperately wants to avoid at ...

Way To Paris made it fifth time lucky at Group 1 level ...